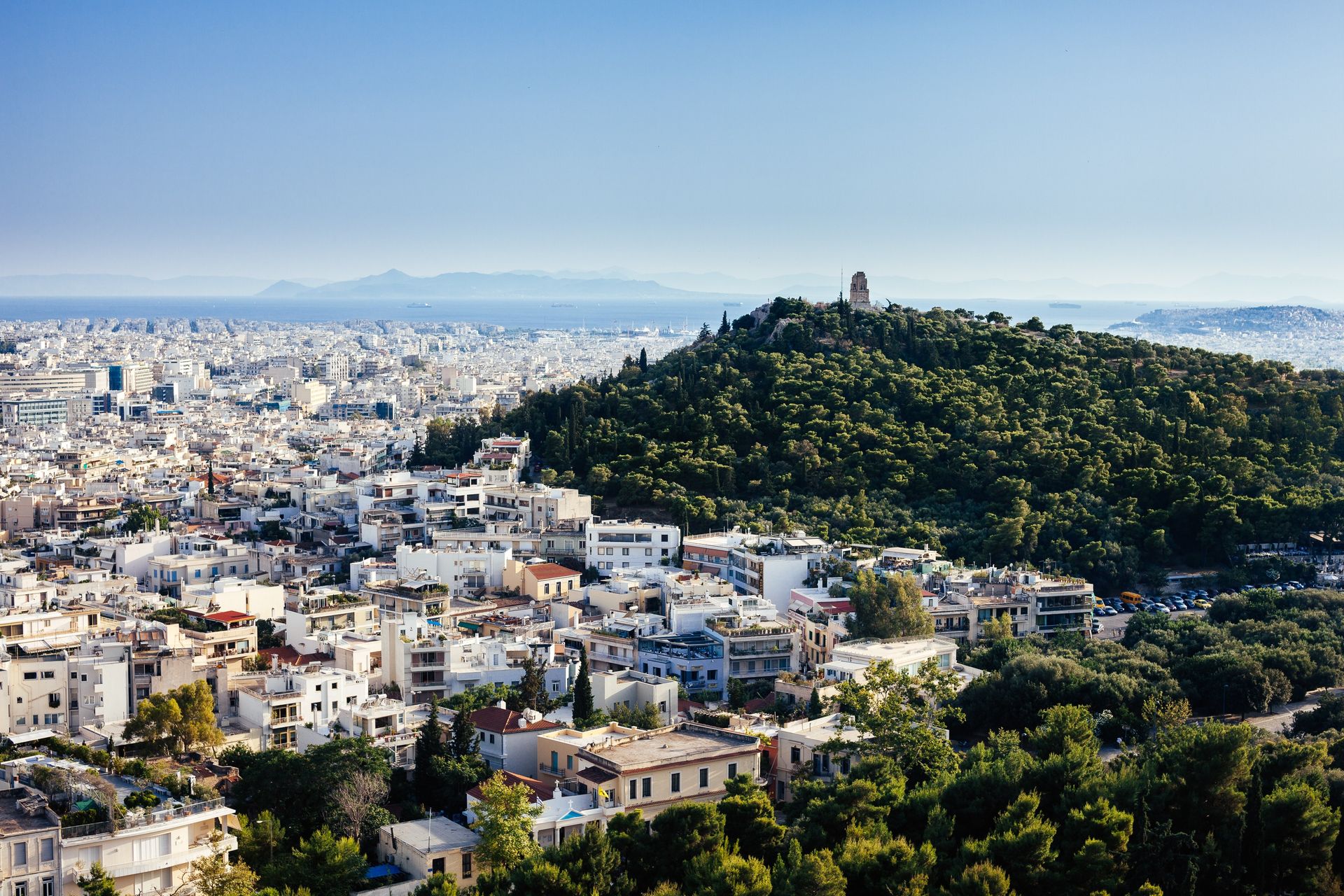 Today, the legislation of Solon and Cleisthenes or Aristotle’s view on government and state operation would serve perfectly as a constitution.

Syntagma (Constitution) Square with the imposing Parliament House is a meeting point, a place for consultation and …reactions (Syntagma “hosts” many demonstrations since the House was once used as royal residence). One of Syntagma’s main attractions is the Change of the Guards every hour at the Tomb of the Unknown Soldier, a monument built in 1932, in memory of the dead soldiers who had not been recognized.

The elite battalions of Evzoni (: well-belted) or “Tsoliades” are renowned for their symbolic apparel. The Evzoni played a leading role since 1867 in the Balkan Wars, the destruction of Asia Minor and World War II. They were disbanded after Greece’s liberation in 1944 and nowadays their mostly symbolic duty focuses on guarding the Monument.

Another important site is located at the corner of Stadiou and Kolokotroni streets; it is the neo-classical building which served as the Old Parliament House between 1875 and 1935.

Many things have changed -in Greece and the rest of the world; however, we believe the soul of Athens and Greece remains the same, even when the times aim to diminish human values and the visions taught by the great masters and teachers of the past. Athens today, despite any contradictions and differences, still urges us to insist on being intellectual, sensible and …become artists of life itself!

Many changes took place as Greece found itself successively and for many long years under Roman, then Frankish and finally Ottoman occupation; ancient and contemporary civil wars; followed by the Balkan and World Wars.
On September 18th 1834, Athens became the capital city of the modern Greek state and despite any difficulties, turned into a beautiful city with picturesque neighbourhoods and impressive neoclassical houses preserved to this day with their front yards and balconies full of flowers.

Post-war Athens turns to more contemporary trends and mimics the architecture and aesthetics of the big Western metropolis. Thousands of big blocks of flats appeared to house people from the province at first, and foreigners later on, who rushed in pursuit of fortune and a modern life style. The city limits expanded quickly to all directions, covering areas of what used to be country side. Nowadays, within the city limits, one can witness the paradox of ancient, Byzantine, neoclassical, modern, futuristic, urban and popular, rich and poor, coexisting in a unique, beautiful manner!

Athens of today is a lively modern city which has everything there is to offer. On the occasion of the 2004 homecoming Olympic Games, the city underwent an extensive renovation and modernization in order to host the event. The construction of new infrastructure such as the International Airport “Eleftherios Venizelos”, the Metro, the new Acropolis Museum to name but a few of the recently completed works, help the city adapt to the needs of modern everyday life while combining the old style with the new. Also Attiki Odos motorway and the big avenues as well as the Suburban railway aim to improve everyday life in the city by connecting the city centre with the outskirts and suburbs. Renovation was mandatory for every hotel as well as many other buildings in Athens.

Modern shopping and sports centres were built to increase the visitors’ options. Also, the port of Piraeus has been reorganized, facilitating the transportation of passengers and cruise ships, while the rest of the ports of Attica, Rafina and Lavrion improve intensively their services day after day. At the same time, there are many places of cultural interest – shelters of Arts and Literature, some older, some new – but all dedicated in serving high quality cultural standards, while protecting the old heritage and promoting every important effort coming from intellectual people, artists and scientists.

Visitors share special moments of the city life with the people of Athens. They may enjoy together the view from one of the many high places, admire the eternal monuments that are scattered everywhere, or they can just take a walk around a quiet neoclassic neighbourhood. Sometimes they walk side by side in archaeological sites or around the narrow streets of the old town; they search the libraries, the museums and houses of Art or attend some play or musical performance in magnificent ancient and modern theatres. There are times they enjoy a hearty meal at a small family tavern or modern stylish restaurant or they simply follow the young ones – who really know how to enjoy themselves – to go clubbing or dancing to “bouzouki” until the early morning hours!