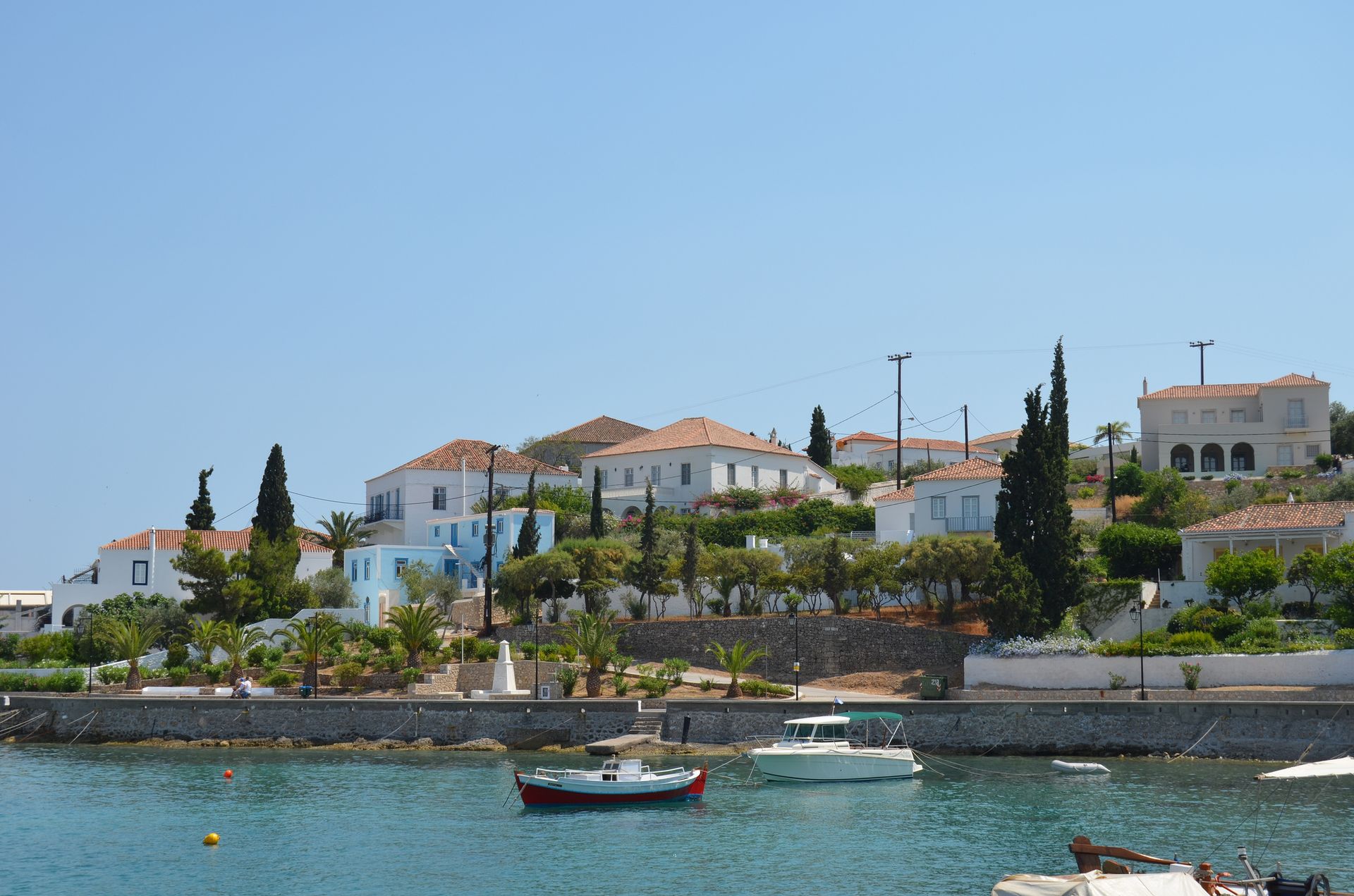 Spetses is the “aromatic” island of the Saronic gulf due to plenty pine trees and aromatic herds.  Spetses has great history in Greek Revolution 1821 against the Ottoman Empire, participating with numerous battle ships, men and money. Spetses Island attracts every year thousands of tourists, locals say “once you’ve been to Spetses, you seek to come back” and it’s true. Historic mansions of admirals, a vivid market all year-round, traditional shipyards, breathtaking beaches, museums, traditional family stores baking and selling almond-sweets. Spetses island can awake your senses either you visit for a day or for a month.
Spetses is only 50 nautical miles away from Athens, you can reach the island by flying dolphins approximately at 2 or 2,30 hours or by car via Kosta shore at the Argolic gulf.

Vehicles are not allowed in the island, all transportations are conducted by sea-taxis, bikes, motor-bikes and traditional horse-drawn carriages that are called “soustes”. Whatever way you choose to get around you can trip around Spetses Island – its perimeter is 22 km.

Above Spetses harbor is the central square that is called “Ntapia”. From that point start 2 routes by the sea, one leading towards the Old Harbor, an area full of traditional shipyards, mansions, restaurants and taverns. The path leads to the lighthouse hill, full of pine-trees, an open – air sculpture exhibition and the small church of Panagia Armata.

The other route starts in front of the historic and classy Posidonio Hotel, it was built at the early years of 20th century based on the architectural style of Cote d’ Azure’s beach hotels. It was then a favorite destination for European royalties and aristocracy, now-days is a luxury hotel that respects its cosmopolitan past treating guests as royals.
Spetses Island is a favorite destination for Athenians either for a long weekend or for summer holidays. Special period to visit is during Easter holidays or at September when the Celebration of “Armata” is held. See more: Culture – Argosaronic Events.

Spetses Island is preferred by yachtsmen and yacht-owners cause it has plenty safe moorings.  This small “green” island of the Saronic gulf can fulfill the expectations of all kind of visitors. Spetses offer the same time relaxing vacations and a vibrant nightlife. Same philosophy goes for Spetses hotels, offering a great variety of choices.