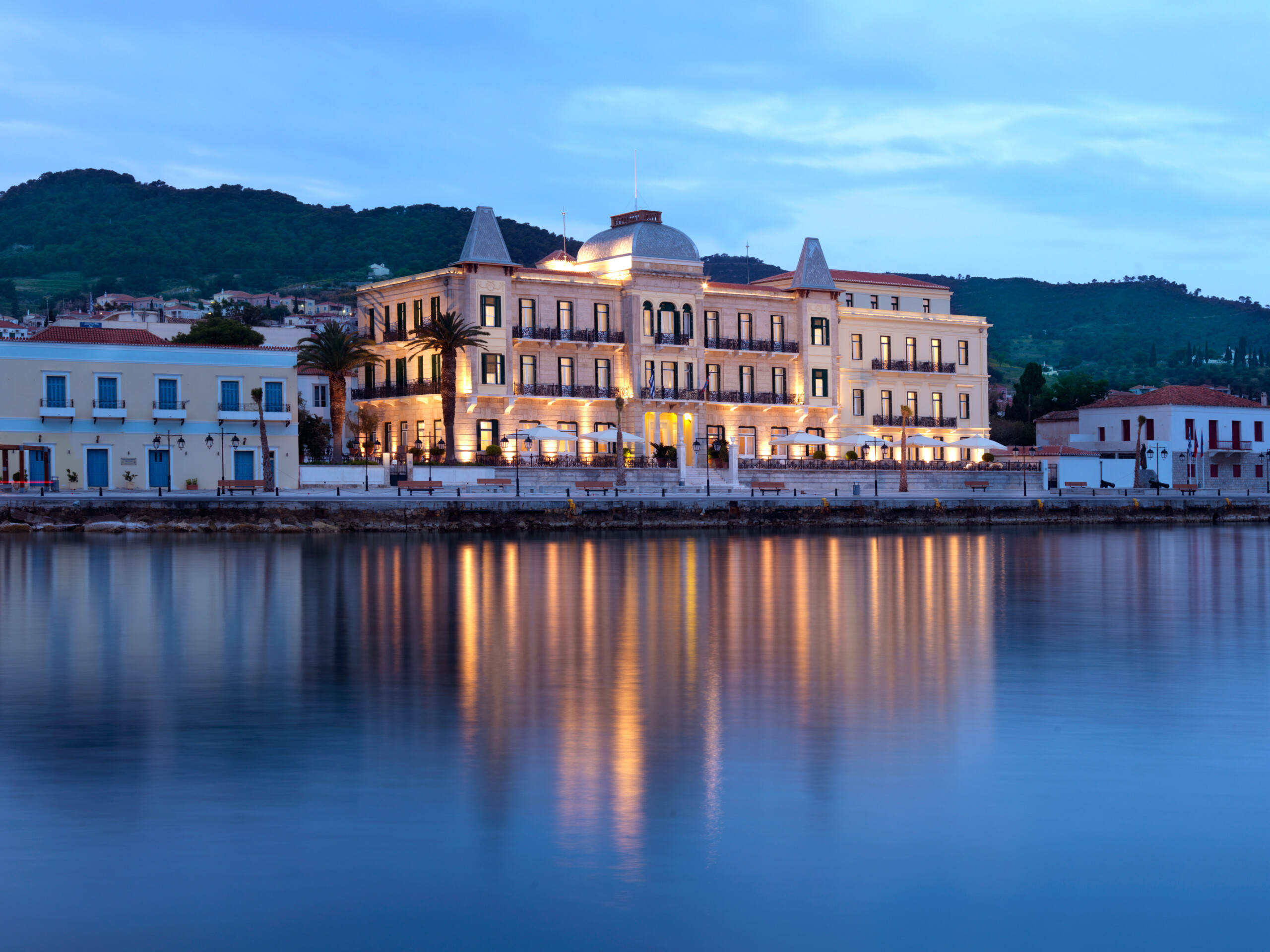 The Poseidonion Grand Hotel in Spetses opened its doors on Wednesday 17 April 2019, with the new season marking the 10th anniversary of the hotel’s rebirth in 2009. From its establishment in 1914, the hotel was compared to the grand European hotels of the La Belle Époque and quickly became a favourite destination for high society, royalty and affluent Athenians. As the decades passed, the time came to give a new lease of life to the historic building and a meticulous 5-year restoration project was undertaken in 2009 to do just that. Particular attention was paid to preserving its unique architectural features and the interiors were carefully designed to honour the hotel’s elegant past, with even the original tiles being used in order to retain its unique aesthetic and heritage.

The Poseidonion Grand Hotel has continued to offer an extraordinary hospitality experience to guests from all over the world ever since its rebirth. Majestically overlooking Dapia Bay, the hotel is not only an icon of the elegance of bygone days, but it is also a destination for those seeing a truly elevated stay in contemporary comfort. And since re-opening 10 years ago, the hotel has become the meeting point for both residents of Spetses and visitors, always at the heart of the island’s social, cultural and athletic events.

A celebratory season
This year promises to offer an even greater guest experience as the emblematic hotel introduces exciting new collaborations, journeys into exquisite gastronomy and activations around the island organised to commemorate the 10 year anniversary under the umbrella of Festa di Spezie. There will be a wealth of opportunities for visitors to enjoy the spirit of Poseidonion hospitality as the hotel welcomes old friends, greets new ones and continues to enrich the stay of everyone who passes through its doors.

The news that the Poseidonion Grand Hotel recently received two distinguished awards for its contribution to the Greek hospitality and culinary world is a perfect way to begin the season. The elegant On The Verandah restaurant under the creative direction of Chef Stamatis Marmarinos was bestowed with the Greek Cuisine Awards by Athinorama for the third consecutive year. At the same time, the hotel’s organic farm-to-table experience, the Bostani, was recently granted the Gold Award in the Facilities Innovation category of Guest Experience for “Bostani: Creating an innovative culinary project in Spetses” by the Greek Tourism Awards.

A summer of fine drinking

Poseidonion’s friends, Baba Au Rum, will be offering their unique signature cocktails this year at the Palms Drinks & Bites. The award-winning team of one of the World’s 50 Best Bars will open the season with a pop-up event over the Easter weekend, which is certain to set the scene for an exhilarating summer cocktail collaboration.

Venues for every occasion
The Ciné Titania continues to be an innovative venue for corporate events while the in-house team are ready to organise all types of special occasions, from romantic weddings in the hotel’s sophisticated premises to special gatherings in select locations on the island.

Wellness and pleasure
Guests can indulge in unique spa treatments at the exclusive Asian Spa Resort and enjoy the serenity of the spa pool or pamper themselves in the capable hands of hair expert Loizos Ioannou and his team at Poseidonia Hairworks. Art lovers will be pleased to learn that we continue to house an exclusive collection of works by Artion Galleries in our dedicated display area, as well as throughout the hotel itself. Guests can also browse the delightful collection of summer clothes, jewellery and accessories in our Mageia Boutique by Ileana Makri, where they are bound to find exclusive items to their liking.

Over a century of authentic hospitality

2019 promises to be another truly delightful season for guests and friends of the Poseidonion Grand Hotel, who can partake of the celebrations arranged for its 10 year restoration anniversary whilst enjoying the genuine warmth of a hotel that has stayed true to its original hospitality philosophy for over 100 years!

The Poseidonion Grand Hotel has been the iconic landmark of Spetses for over a century. Known locally as the ‘jewel of Spetses’, the hotel dates from 1914 and displays an architectural style influenced by the grand hotels of the French Riviera. Following a full programme of renovation works in 2009, the hotel reopened as a luxury hotel befitting of the 21st century. Guests are comfortably accommodated in 44 rooms and 8 suites, all elegantly decorated in a style sensitive to the building’s historic character. The hotel is at the heart of Spetses’ social life and plays a leading role in almost all major cultural and athletic events taking place on the island. The Poseidonion also proudly serves fine gastronomy using fresh, locally sourced ingredients and organic produce from its ‘Bostani’ farm. It offers first-class beauty and wellness services with a fully equipped gym and spa and can host a wide range of business and social events and weddings, with its own in-house catering services. 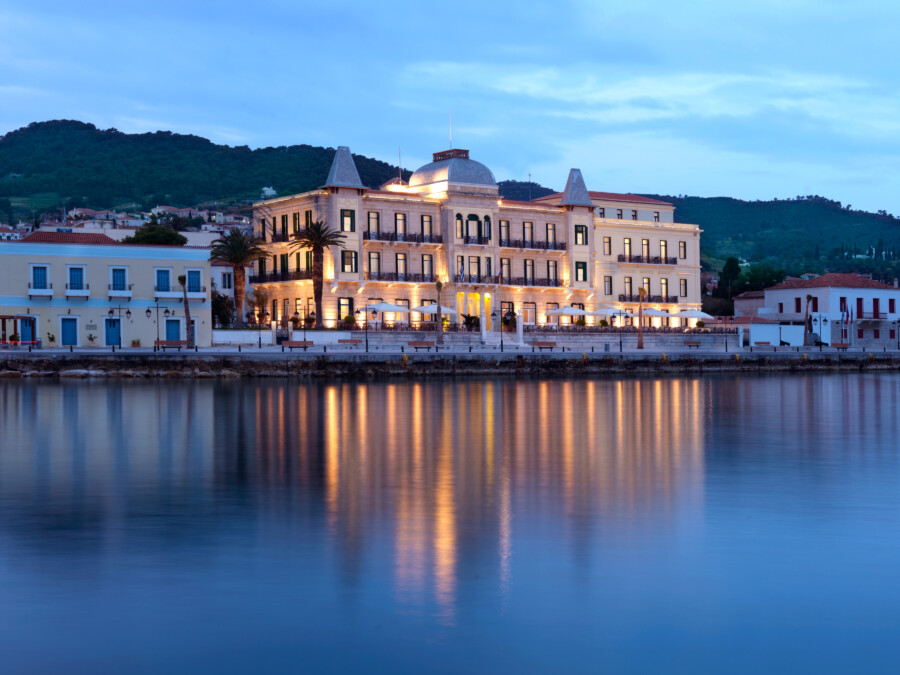 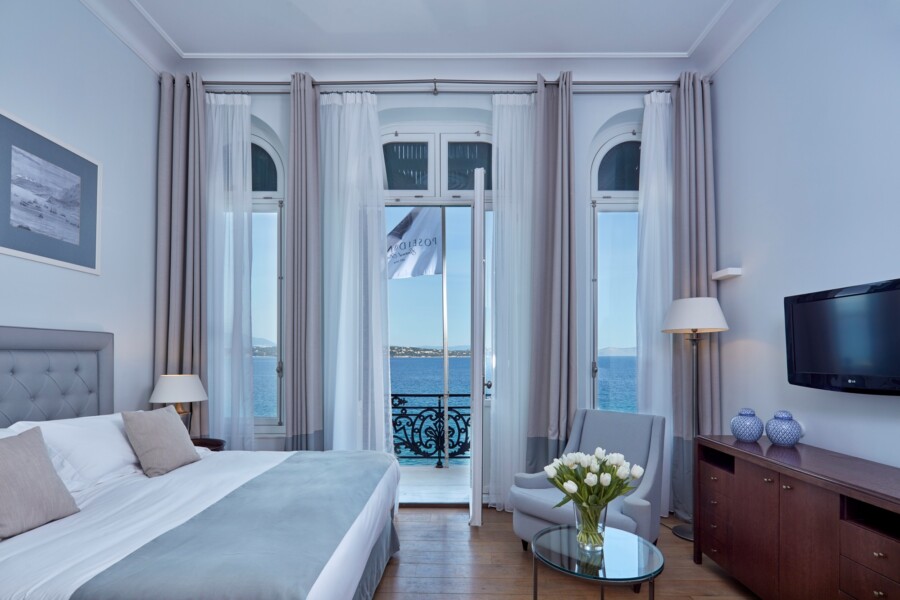 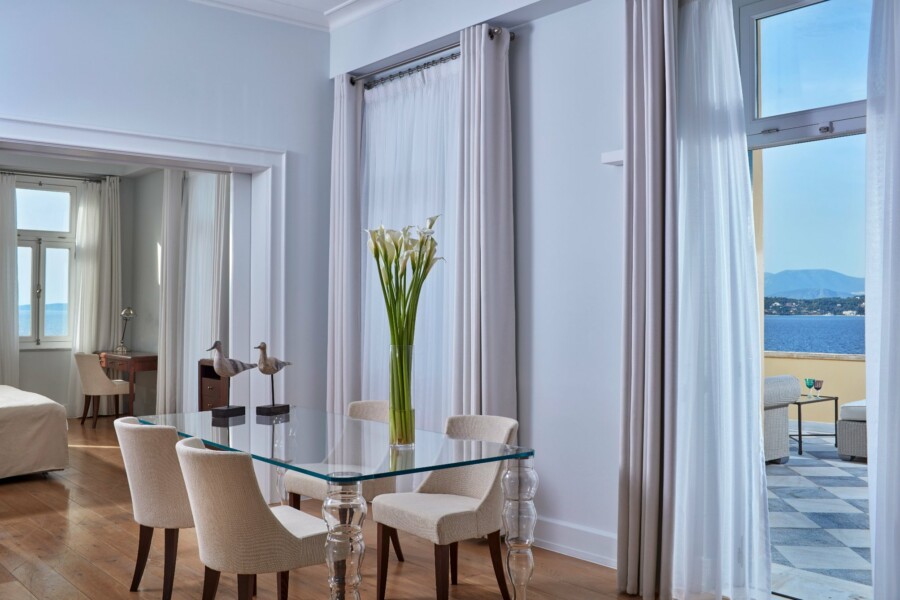 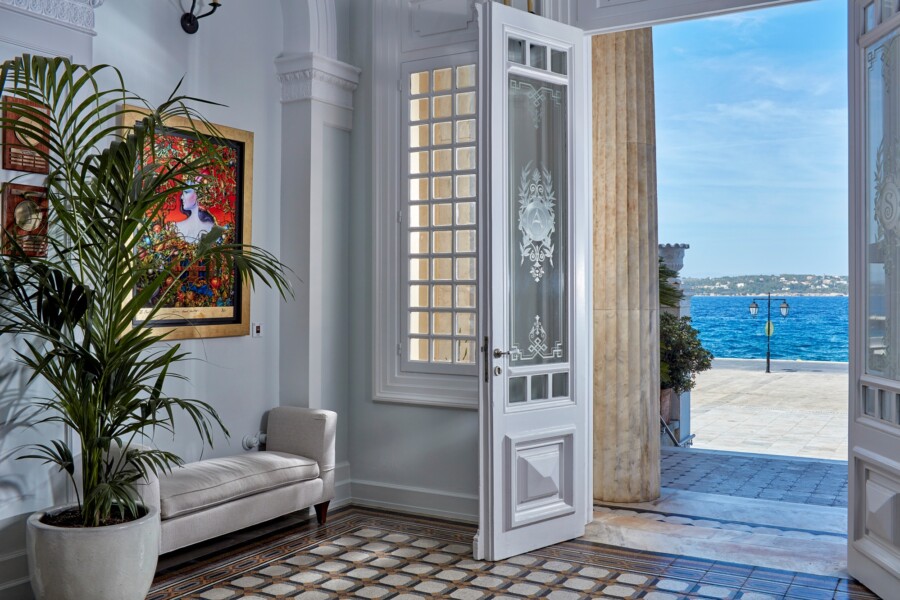 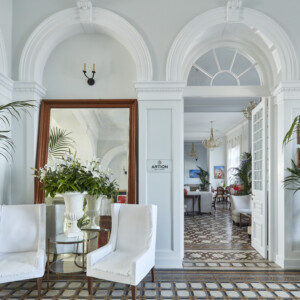 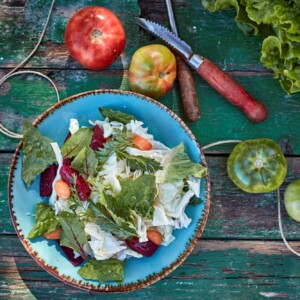 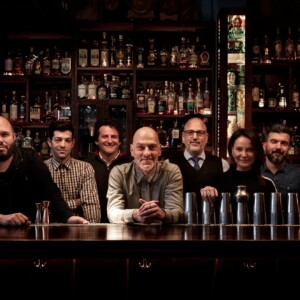 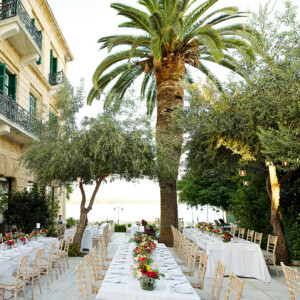 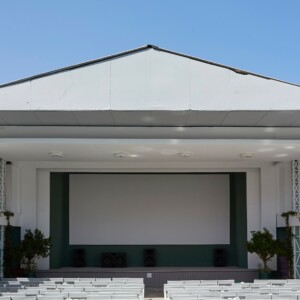 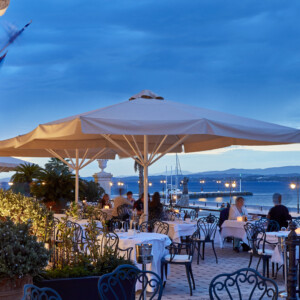 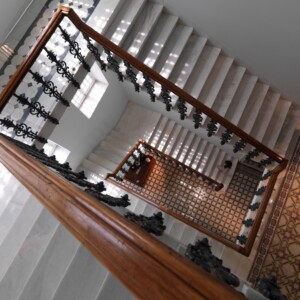